I have spent a while doing this one because I wanted to make sure it was just right. That and doing up a house takes up a lot of your free time !

It has had most components replaced new Chain set, Bottom Bracket, Both Wheels, Chain, Bar Tape, Tyres and Tubes

It has a pretty rare saddle fitted a lovely lycet l'avenir leather saddle which is really nice to ride on this is a vintage saddle but in fantastic condition the leather is great and the metal has a great patina but not rusted.

I took it for a bit of a ride today it is fantastic to ride really nice and smooth, if you haven't ridden a steel framed road bike there isn't any of the harshness you get on a aluminium frame making it much more comfortable to ride.

Anyway first post back after a while off so I hope you like the bike. I shall add some more pictures of the bike soon with close ups of the saddle etc.

Comment if you want to see more or with questions on how I did the conversion !

It really has been a while since my last post. so i thought i would give everyone a good look at my current projects including my own bike in progress.

The main reason for my slackness on posting is down to the fact that I got married to the lovely Georgia at satiable fashion so have been very busy with wedding plans.

One of the things that i never thought i would end up with was vintage folding bikes and shopping bikes but i currently have had 5 and still have 3 of them but they are great little things especially for all of the uni students in Liverpool and Manchester near where i am based.

I recently had in my garage an 80s white Raleigh shopper in very good working order but with some rust on the frame which is unfortunate as the rest of it is in amazing condition. all I had to do on this one was replace the Sturmey archer cable with a new one as it had snapped at the shifter.

I also came across a lovely little Raleigh RSW16 the paint on it is a bit worse for wear and is missing some parts but it has the original tyres fitted (Although a bit cracked and not recommended rideable) and all the mudguards the original wheels with good chrome and the hubs are mint all the gears working and a strong dynamo on the front although missing the lights.

In the fixed gear department i have 2 bikes in various stages of development. 1 is a 1961 B.S,A tourer in a navy blue with a really cool chrome fork bridge and the original B.S.A cranks fitted.

The other is a mid 70s Carlton corsair with a reynolds 531 frameset. this bike is great and had track hubs already fitted so i am keeping the original wheels on. it also came with a lovely brooks saddle which i am also leaving on the bike this one really did not need much work doing to it.

Pictures will be added soon ! (sorry for the slackness)

I have just recently restored a Raleigh Wayfarer, I was given this bike by a gentleman who came into the shop i work in and asked if anyone restored vintage bikes.

The bike was in very good condition when i got it but it did require a lot of cleaning and was in need of new tyres and grease. 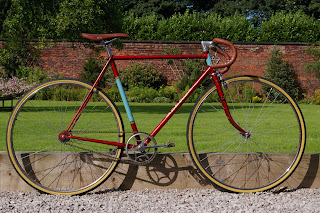 Sorry has been such a long time ! been really busy setting something up which i will be posting about in a couple of weeks.

Thought i would share with you all what i have done on it and give you some pictures.

Read on for more pictures 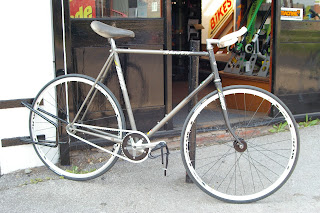 Sorry about the delay getting this up i have been quite busy recently !

Here it is though my Dawes Shadow Fixie

Read on for more pictures

Been a while and building a collection

Hey everyone sorry it has been a while i have a few things to be updating on here so will be getting pictures up and starting new bike threads soon !

I have 3 bikes currently going through restoration a bit about them here. (sorry about lack of pictures)

The first is a Raleigh Wayfarer ladies bike. is a really lovely bike with a brooks saddle, tool bag, orignal Raleigh mudguards, Raleigh chain guard and pump. have already started work on this and have got some pictures to put up when i find a memory card adapter so watch this space for pics 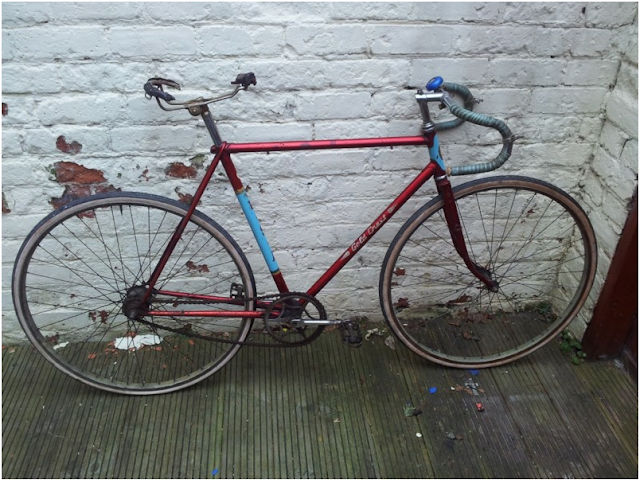 Hope you have enjoyed this small post, expect a few more in the next few days !

Hey guys i am adding my blog to bloglovin !

if you are new from there welcome and i hope you like what i have put up !

<a href="http://www.bloglovin.com/blog/3664089/sams-bikes?claim=z7azbety8fg">Follow my blog with Bloglovin</a>

Sam
Hi i am Sam and i am really into my bikes. I have a lovely girlfriend, i play bass guitar, and i am into anything mechanical.